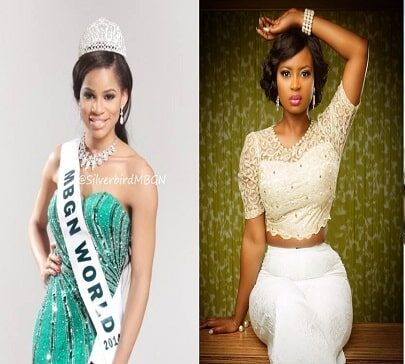 Modelling is now seen as a profession and lucrative career in Nigeria as this profession has taken a different dimension, it is getting more popular day by day and those in this line of work are highly sought-after and are making a huge income from it.

The majority of Nigeria’s models are based in Lagos State likewise the top best modelling schools in Nigeria are situated in Lagos and most of them represent the face of Nigeria all across the globe.

We have numerous times seen Nigerian ladies compete in different pageants in Nigeria, West Africa, Africa, and in the World (international level) and they have won so many awards, prestige, and accolades for Nigeria. As records have it, Nigeria boasts of the most beautiful models in Africa.

When it comes to fashion, Nigerians generally have a good taste of fashion, beautification and are classy in the way they move their body. Never forget that Nigerians are also leading in the fashion industry and are known to be the best fashion icons and also stylists.

The 10 Most Beautiful Female Models In Nigeria

Below is the list of the most beautiful female models in Nigeria:

Agbani Darego tops the list of the most beautiful female models in Nigeria, she has represented Nigeria internationally and won the Miss World beauty pageant. In fact, she is the first native African to win the pageant which was held in China. Even at her age (now 40) she still looks like a queen, getting younger and fresher.

Nigeria got that spot in the global space and with this much attention was placed in the modelling and fashion industry, all thanks to the efforts made which propelled this wonderful beauty queen.

Agbani Darego was born on the 22nd of December 1982 in Lagos State, Nigeria. She relocated to River State – Port Harcourt precisely at age 2 and was raised in D-Line, although she is a native of Abonnema which is a small village in Rivers State.

Her mother died when she was 12 years old due to breast cancer, this made her more determined to fulfill her mother’s wish. At a tender age, she has been preparing herself to be a model but her father disapproved. That didn’t hinder her as she went ahead to audition for the M-Net Face of Africa Modeling Competition but wasn’t chosen as a finalist.

She gained a lot of experience by attending auditions and this helped her in the long run to win the Most Beautiful Girl in Nigeria, this platform made her represent Nigeria in the Miss World beauty pageant which took place in China and she made history by winning the beauty pageant. She still retains the No 1 most beautiful female model in Nigeria.

This is another beauty queen on the top list of the most beautiful female models in Nigeria, she is a sexy model with class and has won a lot of awards which translates to her success in the industry.

Sylvia Nduka was born on October 14th, 1991, she is a native of Isuofia in Anambra State. She is also the youngest of five siblings and studied Accounting at the University of Lagos (UNILAG).

In 2011, Sylvia Nduka won the Most Beautiful Girl in Nigeria and was given a whopping sum of 3 million Naira cash price with a Hyundai car. She was crowned Miss Nigeria at the pageant after reaching the final and contesting with Miss Taraba.

Sylvia Nduka aside from modelling is also an entrepreneur, she is a beauty expert and owns her own hair salon named “Sylvia’s Hair”. This beautiful model also owns an NGO named “Sylvia Educational Foundation” which empowers the less-privileged through education.

With her success and achievements as a model, she clinched the 2nd spot on the list of the most beautiful female model in Nigeria.

Sandra Okagbue is an actress and a Nigerian international beauty queen, the first daughter of the late monarch of Onitsha (Obi Ofala Okagbue) who was succeeded by the current Obi of Onitsha. Aside from her modelling career, she is also one of the famous entrepreneurs in Nigeria.

Her establishment “Borderline Business Solutions Limited” has been a success, so you know Sandra Okagbue is one of Nigeria finest musicians Flavour babymama.

Sandra Okagbue has been in the Nigerian Modelling industry for over 15 years and has achieved a lot in this career, she was once the brand ambassador of Orange Drugs Limited – a top Nigerian pharmaceutical company and also Passion Energy Drinks.

We’ve seen her on numerous Television commercials of top brands like Glo Nigeria, LG, Airtel, MTN, Cadbury and many others.

You do not need to be told about Iheoma Nnadi but in case you don’t know her, Iheoma Nnadi is one of the most attractive female models in Nigeria. She is very famous in the industry and has represented Nigeria internationally.

Iheoma Nnadi is a Nigerian beauty queen who hails from Anambra State, she was born on the 15th of May, 1995. She started her modelling career at a very young age and is now a successful model.

Years back she got married to Nigerian Ex-Footballer Emmanuel Emenike and later got separated. She is a beautiful model and well paid to deliver what she knows how to do best.

Omowunmi Akinnifesi is one of the famous beauty queens in Nigeria, she is a businesswoman, beauty queen and also a Nigerian international model, she is the daughter of one of the former CBN Directors.

She has clinched so many deals with top Nigerian brands and also is the environmental ambassador for Lagos State.

Omowunmi Akinnifesi was born in Lagos state but was raised in Sierra Leone, she later reunited with her family in Nigeria where she had her Secondary school education at Queen’s College Yaba.

While in school she won a lot of prizes for artworks she made, she also had her tertiary education in Lagos State at the University of Lagos (UNILAG) where she bagged her Bachelor’s Degree in Geography and Regional Planning in 2008.

She also had certification for her Master’s Degree in Environmental Monitoring, at King’s College, London she studied modelling and management.

Omowunmi Akinnifesi got crowned as the Most Beautiful Girl Nigeria in the year 2005 and was able to represent Nigeria Internationally at the famous Miss World beauty pageant.

This is another popular model in Nigeria that has also won the Most Beautiful Girl in Nigeria. She is a model and an A-list actress, she is also one of the most sought after models in Nigeria and has worked with various top brands in Nigeria.

Anna Ebiere Banner was born on the 18th of February 1995 in Lagos Nigeria. She also got a political appointment from former Governor of Delta State Henry Dickson in 2012 as the Special Assistant on Culture and Tourism

Don’t be surprised Anna Banner like her colleague in the modelling industry Sandra Okagbue is also one of Nigeria musicians Flavour babymama.

Who doesn’t know the famous bread seller Olajumoke Orisaguna? The bread seller got public attention while hawking bread on the street of Lagos during a photoshoot session of British Rapper Tinie Tempah by Nigerian top-rated photographer TY Bello which was meant to be used by This Day Magazine.

Her appearance in the photoshoot grabs the attention of top celebrities in the world, TY Bellow while editing her pictures noticed Olajumoke and she embarked on the journey to find her and photographed her.

A few days later the picture of Olajumoke Orisaguna appeared on the cover of This Day Magazine and was later on tushed and employed as a model.

After that she started getting modelling jobs from other modelling agencies and top brands, she got interviewed and her story was covered by top media platforms like CNN, BBC and many more. Olajumoke Orisaguna is no doubt a perfect lady for her shape and beauty, she made it on the list of most beautiful female models in Nigeria in no time.

Aminat Ayinde is a former beauty queen, actress and also model. She is one of the most sought-after models in Nigeria and has represented Nigeria internationally.

She got her spotlight when she made it to the final of America’s Next Top Model, she also got the chance to appear on various fashion shows in Nigeria and also in the United States.

Yaya Dacosta was born and raised in the United States of America, she is a Nigerian international model and also a media influencer who appeared on various TV shows like; All My Children, Whitney, Ugly Betty just to mention a few.

She is one of Nigeria most beautiful female models with a good reputation in the modelling industry.

Read Also: Top 10 African Countries With The Most Beautiful Women

The list of the top 10 most beautiful female models in Nigeria wouldn’t have been complete without mentioning Adeola Ariyo. She has a dual nationality, her father being a Nigerian and her mother a Ghanian.

Adeola Ariyo is a successful actress and model, she is an international model with a lot of international appearances, she has also appeared on Arise Fashion Week in Lagos and also Johannesburg, she appeared on London Fashion Week and many others. She is a force to reckon with in the Nigerian modelling space. 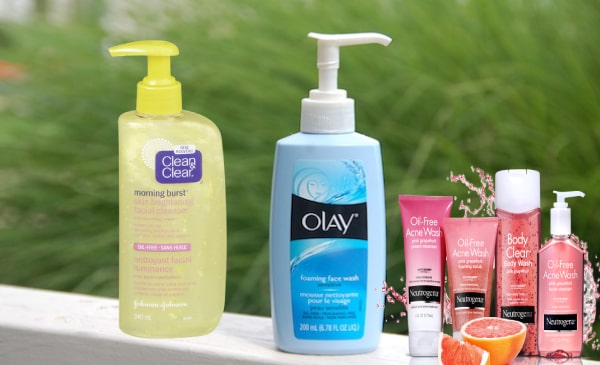 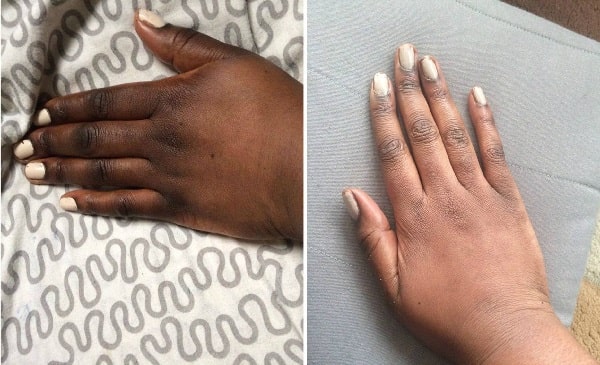 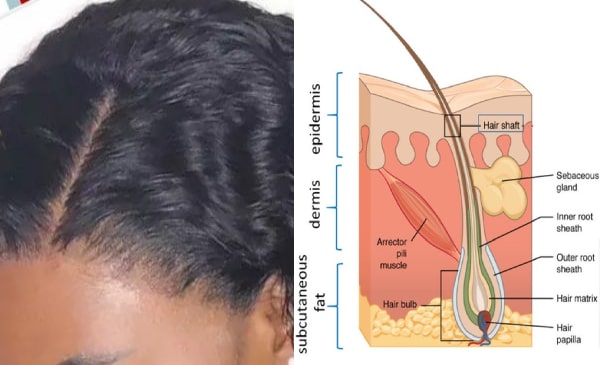 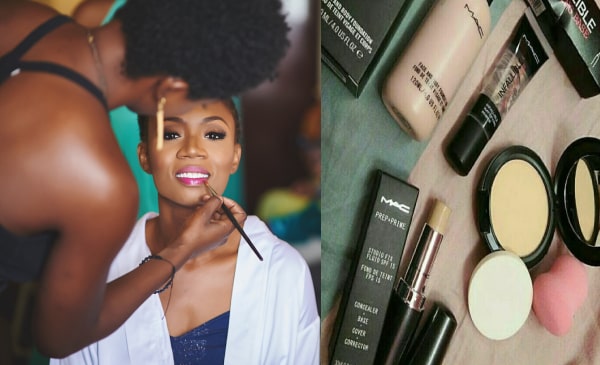